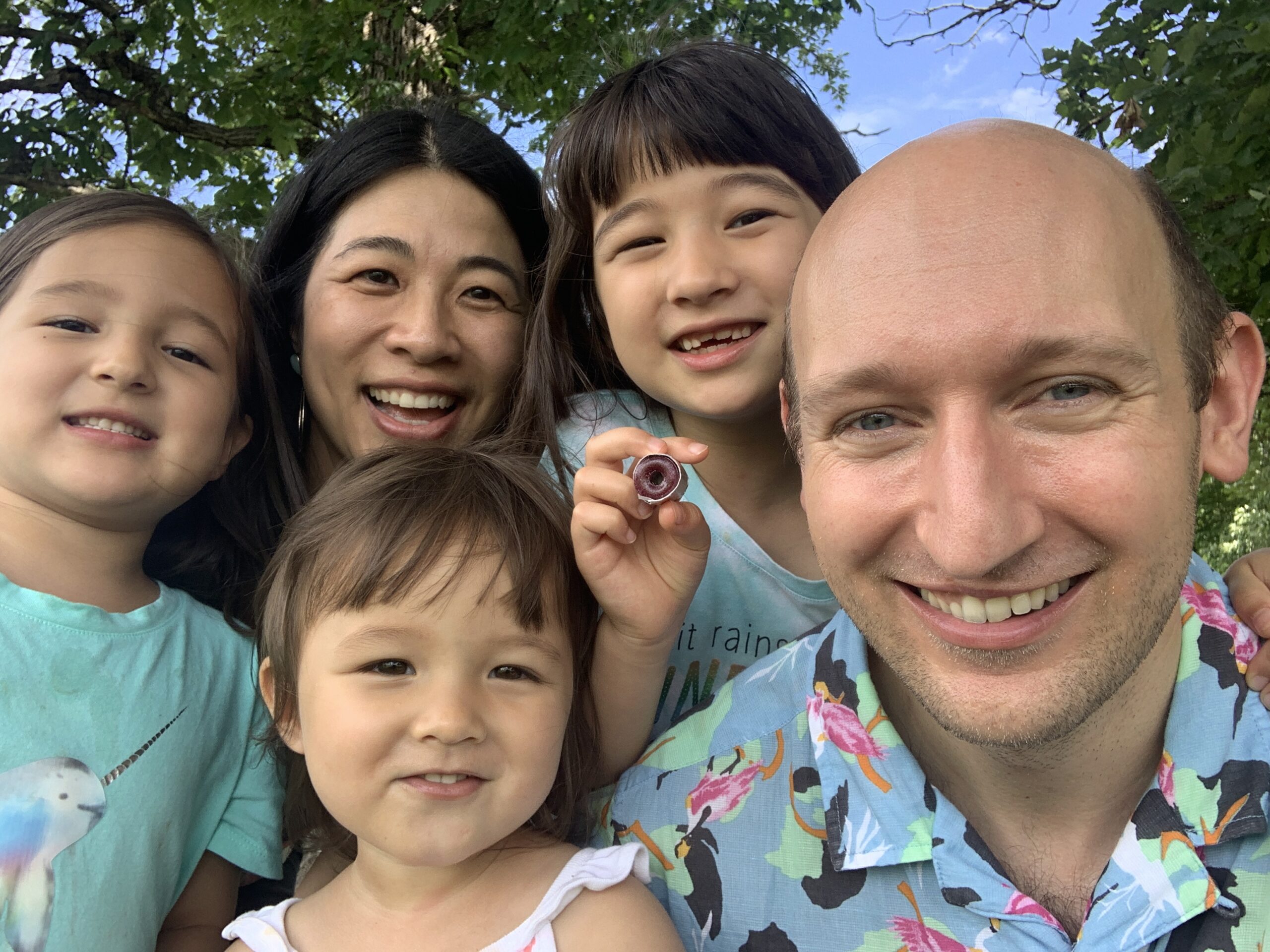 You were very engaged at UI and with CHP as undergraduates, as you both double-degreed, did research, earned many honors, and studied internationally through the CHP Intercultural Study Tour to Japan in 2002 and several other study abroad experiences. Which UI/CHP experiences were most impactful on your professional directions?

Jean: “I’m very grateful that I took the opportunity to take an eclectic mix of CHP classes, many of them in topics in which I was curious about but had no prior experience with. These classes, as well as my two study abroad experiences (Japan via CHP and France via language program), really enabled me to go beyond my comfort zone and quickly come up to speed about new subject matters, new issues, and new cultures. Looking back, I think these experiences enabled me to quickly adapt to change in the professional world, such as jumping from case to case at Bain & Company, or project to project at Intuit. And now my ability to adapt to change is truly being tested as a mom of three young girls. :)”

Mike: Doing research as an undergraduate was definitely really important for me. I worked with one professor in CS and another in Math which also gave me a good perspective on different styles of professors and different fields as well. In my CHP experience, all the classes and activities I did were all in the realm of arts and literature so what I took away from them wasn’t technical skills but the ability to debate and engage at this intellectual level which has served me very well whether defending my thesis, pitching to VCs, or even participating in school board meetings.

How did you meet, and what are your best memories of the CHP?

Jean: We definitely have the CHP to thank for our relationship. It was actually in two CHP classes that we first met, and that’s how we became college sweethearts. Some of my best memories of the CHP include, but not limited to:  walking through the serene, white winter landscape on my way to Professor Gunji’s Japanese tea ceremony class and the feeling of being able to put all my worries and stress behind as we immerse ourselves in a whole new culture and mindset, having vigorous debates with fellow classmates about the ethics of bioengineering after watching The Boys from Brazil in our CHP animal biology class, being astounded by what I’ve been missing out after tasting all the cool varieties of apples in Dr. Skirvin’s apple tasting lab, going on the CHP coffee crawl (I still wear the t-shirt today!), and having an amazing fully immersive study abroad trip to Japan.

Mike: We met the first day of Jean’s freshman year. Right after the first class of “Adaptations of Shakespeare” I was walking down the stairs in the HoHo when Jean, in her typical outgoing fashion, stopped me and introduced herself as a fellow Naperville Central graduate. We chatted for a little bit and that’s where the story almost ended — because Jean switched to a different CHP class the next day. I didn’t see her again until it was once again the first day of class, but of the Spring semester. We ran into each other outside Altgeld hall in the snow and started talking. I told her I was enrolled in Prof. Gunji’s Tea Ceremony class and surprisingly for such a popular and continually full class, one student hadn’t shown up on the first day. Jean enrolled in the class, and I guess you can say that’s where the story really started.

What advice would you give to current and future Chancellor’s Scholars?

Jean: Your college years fly by so quickly, so take full advantage of everything that the U of I has to offer, especially all the great CHP courses taught by amazing teaching staff that are all experts in their own fields. Be sure to go out of your comfort zone to learn new subjects, make new friends, try new clubs. And if you have an opportunity and might be interested, definitely take advantage of the study abroad opportunities that the CHP and the U of I have to offer. Have fun!

Mike: College is about so much more than grades – even in classes that are important and that you enjoy. Try to think about your classes in a different way; it’s not about what you need to do to get that grade, but what you can learn. I’d also highly recommend studying abroad and taking classes in completely different fields than your major.